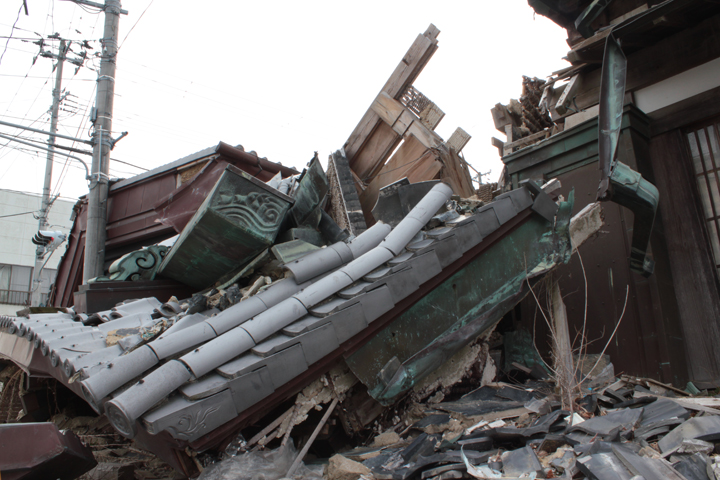 We were prepared to talk our way past a police checkpoint—or play dumb, in my case.  But we drove right over the border unaccosted.  13 months after the tsunami, the fields remain strewn with twisted cars and the insides of ravaged houses.  Cracked and roofless buildings stand untouched since the earthquake. 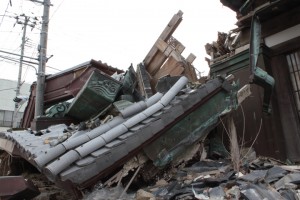 12 km up the Pacific coast from the still-smoldering Fukushima Daiichi Nuclear Power Plant, Minami-Soma was cleaved in two.  The north side of the city remains populated, while the south end was abandoned to the nuclear exclusion zone.  That is, until April 16, when, for the first time, evacuees were allowed to return home without a special permit, though they still can’t spend the night.

The Nemotos had an organic farm here for 12 years, spreading sustainable practices to their neighbors.  Mrs. Nemoto lost cousins in the tsunami.  They evacuated first to Fukushima City, where radiation is twice as high as it is here, and later to adjacent Soma, where they live with their son’s family.  The trauma of relocation has left their teenage granddaughter suffering sleepwalking and seizures.

Koichi Nemoto is determined to resume farming his evacuated land.  He’s working with a team of researchers to test various experimental methods of preventing crops from absorbing radioactive cesium.  He can grow anything, he says proudly. 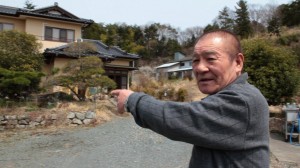 It’s the complete opposite for their next-door neighbors, also named Nemoto (the name of the neighborhood, too).  The neighbor Nemotos have no desire to move back, they tell us as they revisit their abandoned home, and they consider cultivating their fields a lost cause.  They just want the government, or the power company, anybody, to buy their property, so they can move on.

If you were a Fukushima farmer, would you stay?

This was just one of the provocative questions students asked us, often in eloquent English, after we screened preview footage of our documentary Uncanny Terrain at Junko’s high school alma mater Inakita in Nagano in central Japan.

I answered that in the U.S., it’s relatively easy for us to pick up and go at the first sign of crisis or opportunity.  I’m a proud Chicagoan, sure, but the sense of identification the people in Fukushima feel for the land is on a whole other level.  One of my personal goals for this project is to better understand that sense of attachment.

I only learned later when she translated her answer for me that Junko said she would probably stay.

What makes a person decide whether to move on or stick out a disaster whose repercussions won’t be fully understood for decades?

How can these two families of Nemotos, living side by side, have such contradictory responses to the disaster? 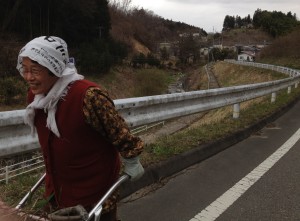 Among the dozens of farmers we’ve met in the past year, we have seen a particular commitment by organic growers to stay and cultivate.  This is counterintuitive on its face.  These farmers, who have worked hardest to keep their crops free of contamination, are now the most perseverant in the face of the most insidious contamination they’ve ever encountered.  But on another level it makes perfect sense.  The commitment they have made to protect and perfect their land is not something they can walk away from, no matter the odds.

Please make a tax-deductible contribution to help us cover the cost of capturing and sharing this unfolding story.  And please spread the word.  Thank you!