As we mark 10 years since the Great East Japan Earthquake and Tsunami triggered the meltdown of the Fukushima Daiichi Nuclear Power Plant, and as Japan anticipates hosting the pandemic-postponed Olympics, we revisit the time we spent with Fukushima farmers fighting to continue cultivating organic food on irradiated land and keep their communities alive.

We start with Masanori Yoshida, the first farmer who hosted us in Fukushima.  Masanori documented his own experience of the disaster, and we picked up his story once we arrived that May.  We were drawn in by his innocent idealism, and was saw it crash into the dilemma of sustaining a multigenerational family farm against the invisible and poorly-understand threat of nuclear contamination.

The anniversary gives us an occasion to expand on the farmers’ stories and reflect on how their meaning feels different in light of how the world has changed.

We will continue releasing these videos over the coming weeks and months (we won’t send an email every time, I promise).  Please subscribe to our YouTube channel for updates. Thank you for sharing our journey. 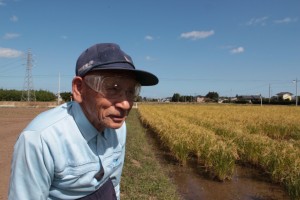 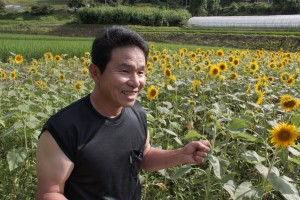 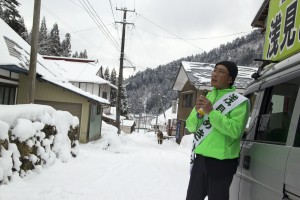 Via filmmakers Junko Kajino and Ed M. Koziarski, at work on Uncanny Terrain, a documentary exploring the lives of organic farmers in Fukushima in the aftermath of 3/11…”

Akihiro Asami left his life as a city salaryman to raise his family on a self-sustaining organic farm in the mountains of Kitakata, on the western outskirts of Fukushima prefecture.

When the Fukushima Daiichi Nuclear Power Plant melted down in 2011, Akihiro’s wife Harumi evacuated with their two young daughters.  Akihiro stayed behind to continue farming.  In the face of public fears of Fukushima food, some of Akihiro’s neighbors were unable to keep their farms going and moved away.  Akihiro found his crops showed no detectible contamination from the fallout.  He worked to hold his community together.

In 2012, Harumi and the girls moved back to Kitakata, accepting the risk of exposure over the pain and disruption of separation and displacement.

This month, Akihiro announced that would run for mayor of Kitakata on a platform of local economies and natural agriculture as an alternative to the unsustainable systems that spawned the nuclear disaster.

In January we return to Fukushima to capture Akihiro’s dark horse campaign, a hopeful protest by one Fukushima farmer for a better way to live.

Please help us to continue our journey, complete the film, and share the stories of Akihiro and his fellow Fukushima farmers with the world.  We gratefully accept tax-deductible donations.

“This film is a must for all who are continuing to ‘pray for Japan’ — for all who support the safety of Japanese people and animals, the recovery of Tohoku, and the survival of traditional Japanese rural culture.”