2013 greetings from Junko Kajino and Ed M. Koziarski of Homesick Blues Productions, the filmmakers behind the ongoing documentary Uncanny Terrain, about organic farmers in Fukushima, Japan fighting to hold onto their land and their livelihoods in the face of nuclear fallout.

We are well into editing footage from our first two years of production.

We are gearing up to return to Fukushima to capture the farmer’s ongoing struggle to build a healthier, more sustainable food supply, two years after the Great Japan Earthquake and Tsunami of 2011 and the meltdown of the Fukushima Daiichi Nuclear Power Plant.

Please check out our work at these valuable conferences if you’re in the area.

Organic farmer Seiji Sugeno is fighting to keep alive his mountain village of Towa, whose economy is ravaged by the aftermath of the nuclear disaster two years ago.  Sugeno is convinced that human contact is the key to overcoming public fears of Fukushima produce, so he travels Japan explaining Fukushima farmers’ efforts to reduce radioactive contamination and sustain the land their ancestors have cultivated for generations.

Sugeno’s 24-year-old daughter Mizuho has launched the Seed of Hope Company to welcome guests from across Japan and internationally to visit their idyllic Playing-with-Clouds Farm and experience the life their family is fighting to protect.

Masami Yoshizawa, who kept his 300 cows alive inside the nuclear evacuation zone in defiance of a government kill order, despite losing many cows to an outbreak of disease, has seen his herd grow to 350 with new births and the adoption of strays from neighboring farms.  Possibly in retaliation for his outspoken activism and media presence, Yoshizawa lost his permit to enter the evacuation zone.  The day before Yoshizawa and his team were set to give up and release the herd, he reversed course and set out to confront the officials who had denied his permit, and demand the right to continue caring for his cows.

As new disasters turn the eyes of the world and Japan away from Fukushima, Uncanny Terrain continues our journey with Yoshizawa and the Sugenos and the other farmers who struggle every day to find a way to live in tune with a natural environment compromised by manmade catastrophe.

The other project explores one Chicagoan’s efforts to replace Syria’s embattled Assad regime with a fledgling democracy.

Thank you to everyone whose contributions have allowed us to get this far.  We continue to accept tax-deductible donations toward the ongoing production, post-production, and eventual release of Uncanny Terrain.  Here’s how.  We remain, as ever, deeply grateful for your support.

Thanks to Our Translators

We send our profound gratitude to our international team of volunteer translators, who have been invaluable to our editing process by producing English-language transcripts from hundreds of hours of Japanese-language footage.

If you’re still working on a file, or I’ve left your name off this list, please let me know.  There are still many files left to translate, so if you can help, or you know someone who can, please drop us a line or spread the word.

Our international psychological drama The First Breath of Tengan Rei is available via download, streaming, or DVD.  Find it here.

Uncanny Terrain is supported in part by grants from the Illinois Arts Council and the Chicago Department of Cultural Affairs.

The Documentary About the Devastation of Fukushima and Japanese Farming
Marija Makeska
Cinema Jam
Feb. 19, 2014 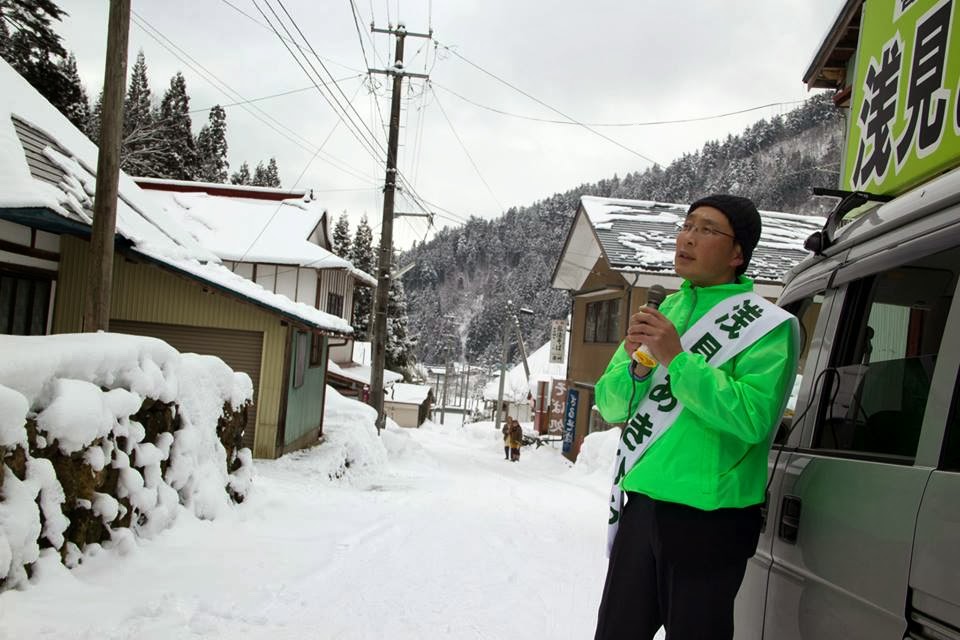 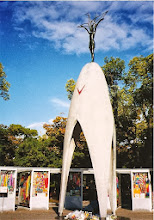 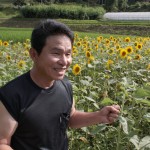 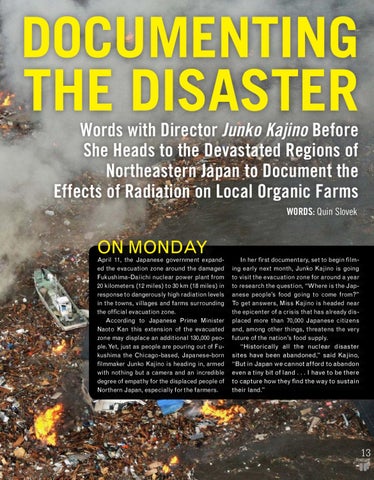 Documenting the Disaster: Words with director Junko Kajino before she heads to the devastated regions of Northeastern Japan to document the effects of radiation on local organic farmers
Quin Slovek
Inflatable Ferret
04/23/2011

Following the Farmers of Northern Japan, After the Quake
Twilight Greenaway
Civil Eats
04/21/2011 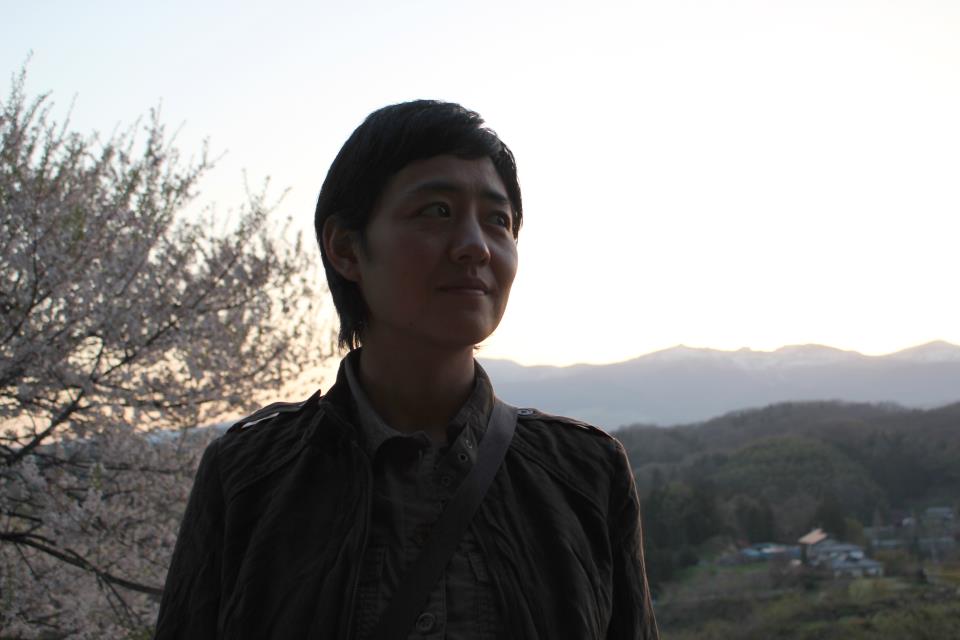 Director/producers Junko Kajino and Ed M. Koziarski were developing a narrative film based on Junko’s childhood on a cattle ranch in Nagano, central Japan, when the March 2011 earthquake, tsunami and meltdown struck. We quickly shifted our focus to a nonfiction project addressing the nuclear disaster. We kept our attention on Japanese farmers, finding inspiration in Fukushima organic farmers’ commitment to revive and continue cultivating land that others declared hopelessly contaminated. 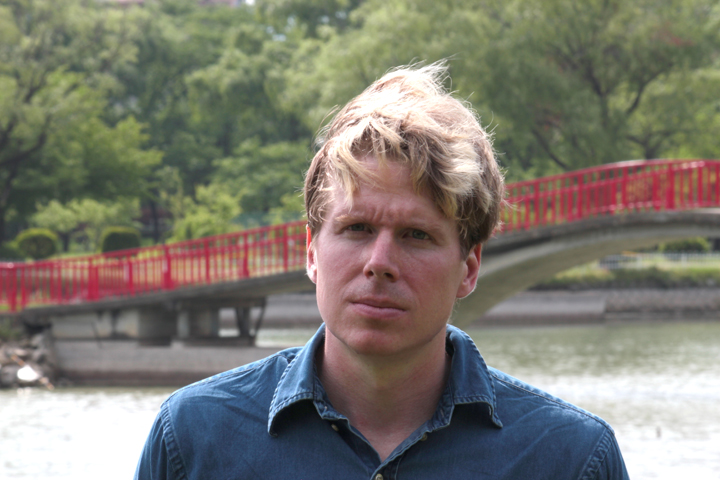 We wrote, produced and directed the psychological drama feature film The First Breath of Tengan Rei. Erika Oda of Kore-Eda’s After Life stars as an Okinawan woman who kidnaps the teenage son of a U.S. Marine convicted of raping her when she was a girl. An IFP Independent Film Lab selection, First Breath screened theatrically, and at schools, community groups and festivals across the U.S., Japan and in India.

Our short film Homesick Blues, starring pop singer Zoey (now Remah) as an Osaka girl running off to America to sing the blues, won the IFP/Chicago Film Festival and played the Hawaii and Chicago international film festivals, among others.